Mayfair is one of the capital’s most prestigious and cosmopolitan areas, famed for some of London’s best known streets – Park Lane, Bond Street, Berkeley Square and Savile Row to name a few. The area is a hub of power and wealth, characterised by its splendid period architecture, beautiful shop fronts, leading art galleries, auction houses, cosmopolitan restaurants and five star hotels. 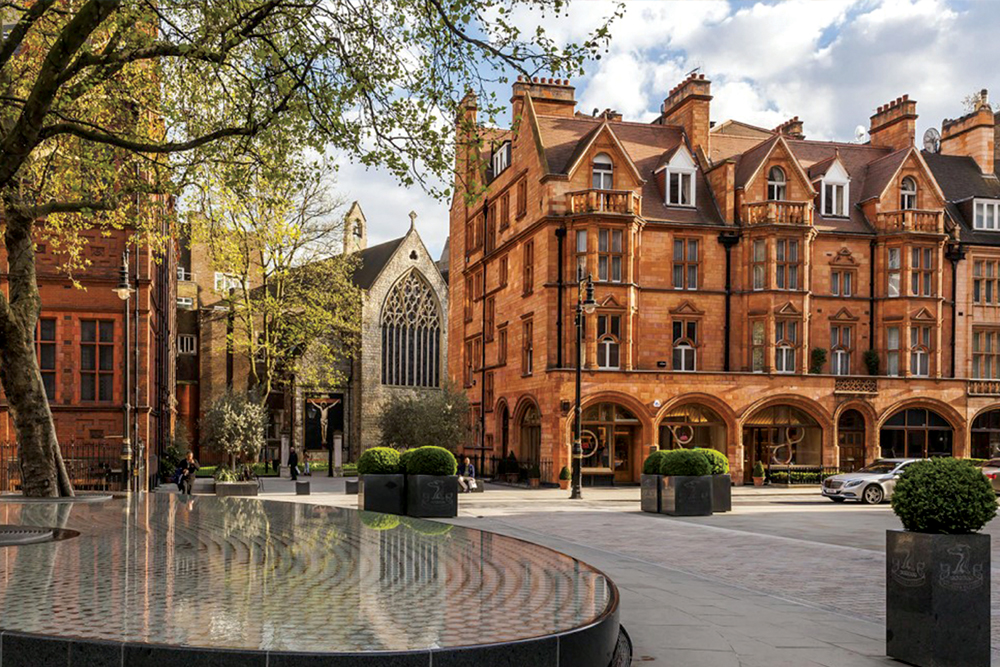 The area first rose to prominence around the late 17th century as a fashionable residential district and for over 300 years, Mayfair and St James’s have provided grand homes along with luxury goods and services to the aristocracy. Much of this development was driven by the Grosvenor family, whose name is still linked to various Mayfair landmarks.

Heavy bombing in the City during the Second World War forced a large number of businesses to relocate to Mayfair, taking over residential homes in the process and it wasn’t until the mid-1990’s that these buildings started to revert back to residential use. As a result, Mayfair is known for its elegant period conversions, post-war apartments and grand freehold town houses. Lateral space is particularly prized in Mayfair, with such apartments fetching premium prices in the local market. Freehold townhouses and outside space are rare and thus greatly sought after.

Known for its beautiful Queen Anne architecture, exclusive designer boutiques, celebrity haunt Scotts’s and private members clubs including George, 5 Hertford Street and The Arts Club.  Mount Street is the jewel in Mayfair’s crown and the area is home to more Michelin starred restaurants than any other part of London. Most popular spots include: Le Gavroche, Benares, Hakkasan, Hélène Darroze at The Connaught, Alain Ducasse at The Dorchester, Sexy Fish, Nobu and Claridge’s.

Thinking of selling or letting?

Get an accurate indication of the current sale or rental value of your home. Our property professionals will offer an honest market price from our unrivalled knowledge of the local property scene.